The most unique, most selective inventory of untreated gemstones of every color and cut.

K.V. Gems is a labor of love and appreciative passion for untreated colored gemstones. Established in 1984 by Mr. Joseph Belmont. An American Precious gemstone Trader and Mrs. Pirapan Belmont. a gemstone wholesaler hailing from Thailand’s historic gemstone mining town of Chantaburi. Their vision is now shared by more than 50 professionals in what remains a family-run business. We specialize in the highest quality, unheated natural gemstones, working directly with the world’s leading suppliers and buyers.

Two defining commitments brought them together in business. The first was to source a truly selective inventory of only the highest quality, unheated gemstones. The second commitment was to grow their business based on the nurturing of long-term, personalized relationships with both suppliers and clients. For more than 35 years, these relationships have been built on a solid foundation of trust and integrity.

These two founding commitments have remained unchanged over the decades. They have been the basis for providing unhindered access to production outputs, allowing us to make buying decisions ahead of the market. They have also allowed our enviable inventory of unheated gemstones to satisfy the particular tastes of gem connoisseurs from around the world, who have come to reply on us for their collections.

Our inventory takes in Sapphires, Rubies, and Spinel’s, as well as other semi-precious stones. We take pride in working with and for our valued clients to source exactly what they desire for their high-end jewellery designs and collections. With headquarters in Bangkok, considered to be the world’s leading cutting and trading hub for gemstones, we are always on top with the market sources. As a result, our family-run business has differentiated itself within a highly competitive global market. 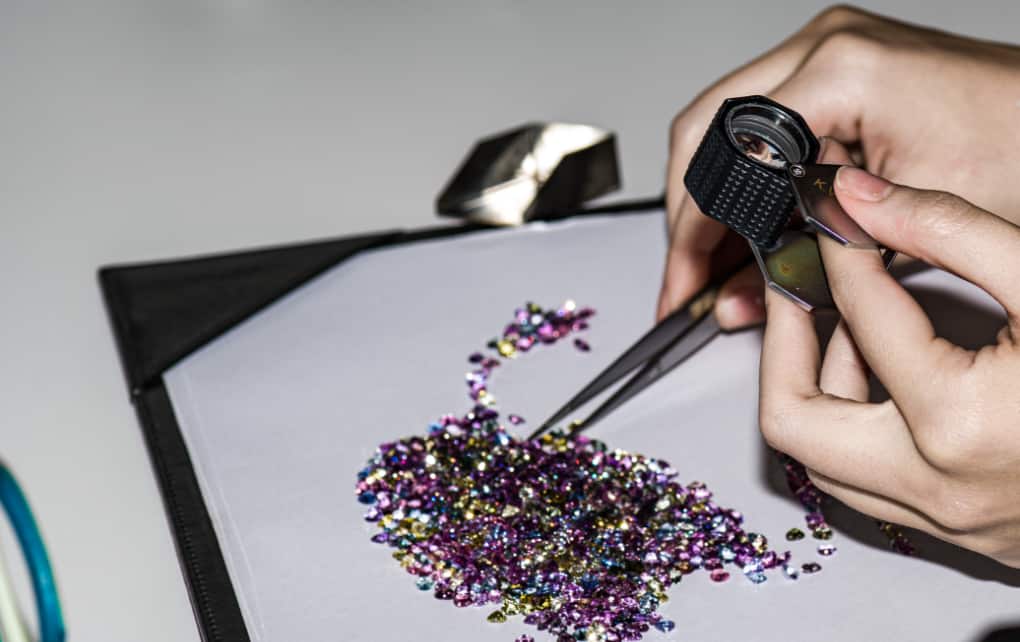 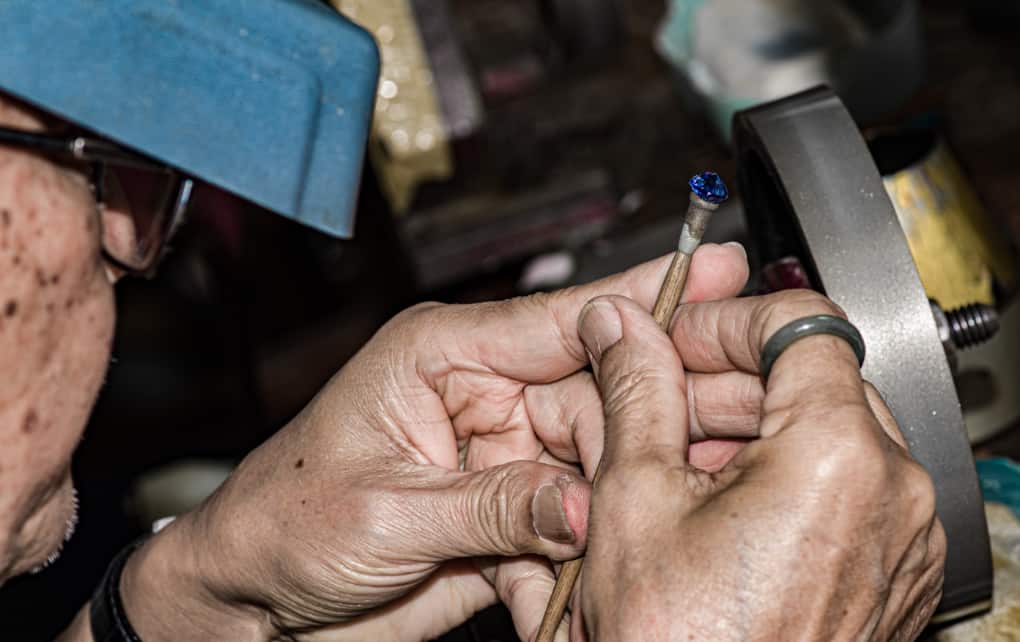 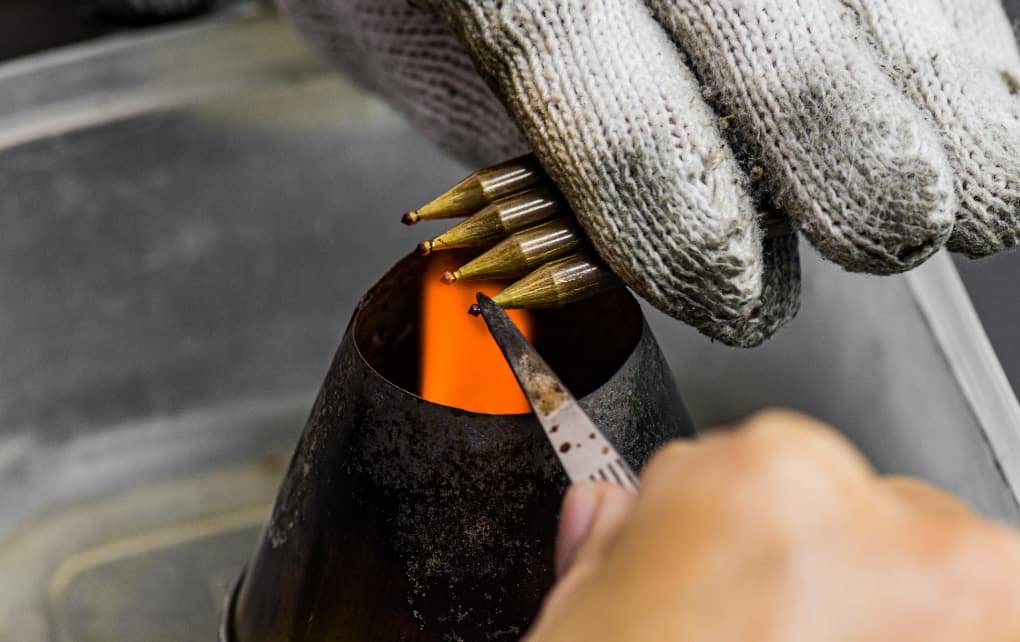 The story of KV Gems started one afternoon in the year 1983 when gem merchant Joe Belmont, walked into Bangkok’s most significant gems and jewellery store and spotted the beautiful Pirapan Patpratoom was working in sales. Reminiscing about that year, Joe recalls, “From the first moment, there was something about Gay (Pirapan) that drew me to her. Besides her obvious beauty, she had a quiet strength, which manifested in her stellar negotiation skills. We couldn’t go out on a date without a chaperon, so a western-style courtship was out of the question. I would visit the store every day to meet her and give her a small gift. In 1984, we were married.”

Combining their knowledge of the East and the West, Gay and Joe Belmont decided to specialize in untreated, top-grade, rubies, sapphires and spinels. Gay Belmont, delved deeper into her connections in her hometown, the historic Chanthaburi, and Joe travelled the world searching for rough and cut gems to bring back, adding to their growing collection and reputation among discerning buyers worldwide.

They decided to call their company ‘Kuruvinda’, a word derived from the ancient Sanskrit language, which was the source for the name of the mineral, responsible for rubies and sapphires: Corundum.

Delving deeper into Kuruvinda’s history, gem and jewellery writer and journalist, Richa Goyal Sikri, explains, “Unlike the Egyptians, and other cultures emanating from Islamic roots, in communities of the greater South Asia region, knowledge was passed verbally from one generation to the next. The earliest known texts containing the term ‘Kuruvinda’ are the Vedas, which are estimated to be more than 5,000 years old. Contained within these scriptures is a chapter on precious gemstones and guidelines for ascertaining their value (functional, visual, social-stratification, spiritual and medicinal).”

The Vedas explain the properties of Kuruvinda as follows, “A Kuruvinda of inferior water can be scratched or written upon by a Kuruvinda of higher water, while a diamond alone is capable of cutting a diamond.”

As outlined in the archaeological history of rubies, sapphires and spinels by Derek J. Content, the two types of Kuruvinda in the first sentence, are believed to be Spinel and Sapphire. In this context, the term ‘inferior’ is primarily to denote the lower level of hardness of Spinel versus the Sapphire/Ruby. With time, the company switched to a contemporary homage to this history by adopting the name, KV Gems.

For almost four decades, Joe and Gay have built one of the top gem companies in the world. The company is the preferred source for high-quality, untreated gems displaying superior cutting. The second generation, youngest daughter Maria, plays an active role in both operations and sales, carrying forward the legacy of their parents. KV Gems source their outstanding collection of top-grade stones from institutional sources, like the large-scale mining company, Gemfields and small to medium-scale miners who they have known since inception.

There are many reasons why the south-eastern town of Chanthaburi in Thailand is considered important in the gem and jewellery world. The city emerged as a prominent hub for gemstones in the sixties with active mining of rubies and sapphires in the surrounding region. While most of these sources were exhausted by the late nineties, some artisanal and small-scale sapphire mining continues on the outskirts of Chanthaburi.

A significant milestone in the town’s history occurred in 1968 when Chanthaburi experienced a terrible fire. As reported by the Gem and Jewellery Institute of Thailand (GIT), Mr Sarm-muang Kaew-waen from the gem industry, hearing about the visual improvement in gemstones due to the heat of the fire, started experimenting with treatments. A year later, his work resulted in the successful development of high-temperature heat treatment for corundum. His experiments effectively transformed lower grade material into jewellery-worthy blue and yellow sapphires. These developments of contemporary heat treatments in Chanthaburi were responsible for motivating many to undertake gem-mining not only in the region but in faraway countries.

It is estimated that 90% to 95% of all rubies and sapphires today are treated. While at KV Gems, we mainly offer top-grade, untreated gems, we understand and appreciate for extensive mining of the larger deposit, heat treatment has been essential in extracting the top-grade 1% to 5% of gem material, which sells at a premium.

Since those early years, the entrepreneurial spirit of the Thai gemstone community has ensured the continued importance of Chanthaburi as a foremost global hub for the treatment, cutting and trading of gemstones, chiefly rubies and sapphires.

Remembering her younger days growing up in Chanthaburi, Mrs Belmont shares her thoughts, “I grew up in Chanthaburi, and we still have our ancestral home there. At that time all our neighbours were involved in the gem industry. There were so many sacks of stones lying around when my friends and I would run around playing. Of course, at that time, I didn’t realise how valuable they may have been. My sister was the first person who started in the business as a gem-cutter and coming from Chanthaburi; it felt natural for me to enter the industry after graduating from college.”

Joe Belmont, co-founder, KV Gems reminisces about the Chanthaburi gem trading culture, “When we started the company in 1984, every Friday we would pick the kids up from school and travel to Chanthaburi for the weekend gem market. Friday night, we would dine with our friends in the community and on Saturday while the kids played in their grandma’s home, we would go to the gem market to buy stones. We bought every loupe-clean stone at that time, and for us, the quality was the primary factor influencing our decisions. We developed a reputation for paying top dollar for good, untreated material, attracting the best in the market. Chanthaburi back in the day consisted of many little gem dealers trying to start a business, but now most people do business with larger companies. While the way the industry works has changed, we still continue with our long-standing contacts in Chanthaburi who bring us the best gem material brought to market.”

Our approach to responsibility comes from Buddhist beliefs pervading our work culture, and our behaviour towards our employees, our customers, the society we live in and our nation.

As a professional company enjoying a stellar reputation in the Thai gemstone sector, we follow the rules and regulations established by higher authorities such as yearly audits, both internal and external. 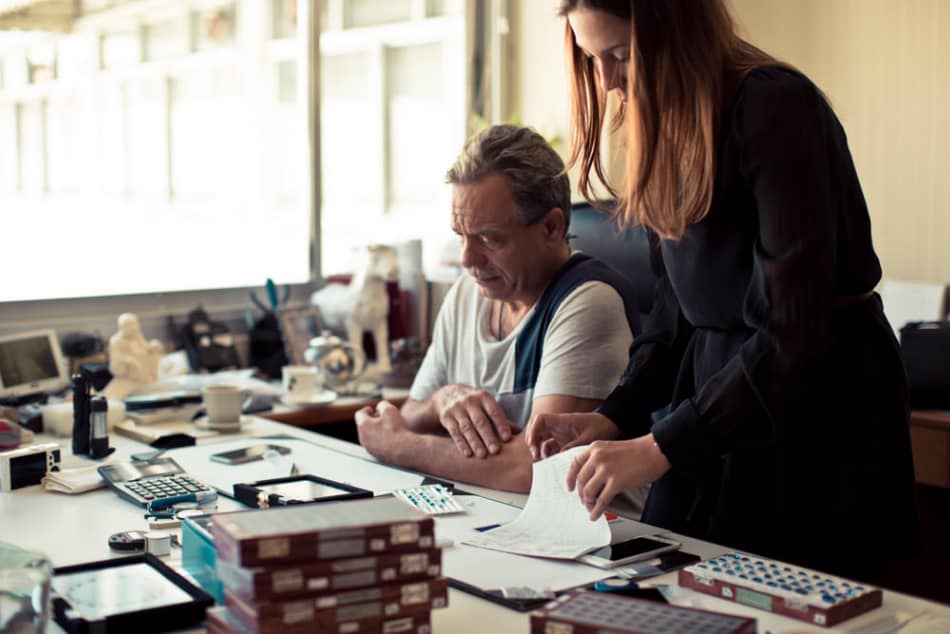